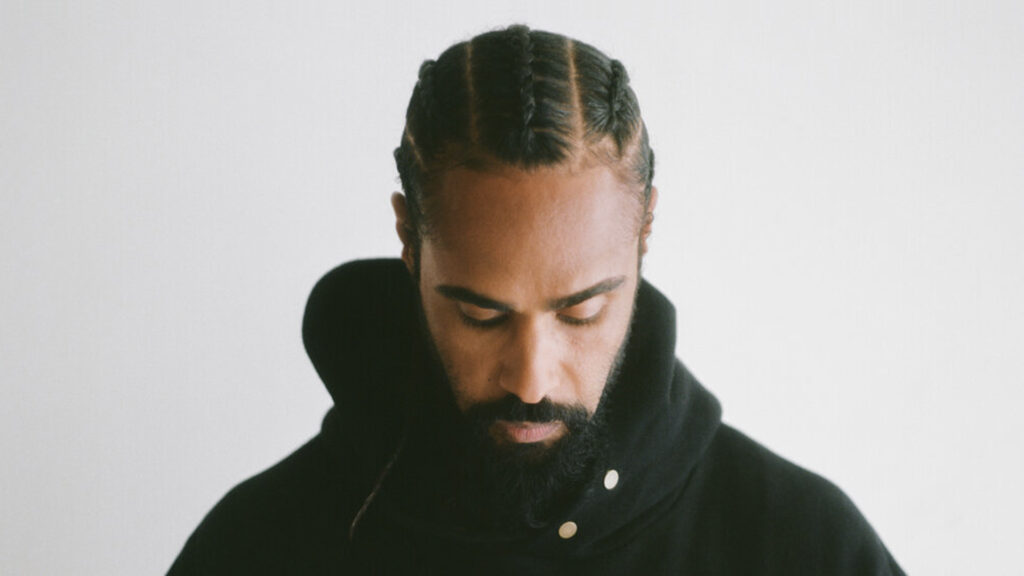 Jerry Lorenzo Manuel Jr., founder and designer of streetwear brand Fear of God, was not always a leader in streetwear. Born on October 5, 1976 in Sacramento, California, Lorenzo spent his childhood moving around quite a bit, from Northern California to West Palm Beach and then to Chicago to be near his father Jerry Manuel, a Major League Baseball player turned Minor League coach. Although his father would go on to manage the White Sox and the Mets, and then work as an analyst for MLB Network, Lorenzo and his family grew up poor, often having to drive instead of fly to save money from their home in California to Montreal to be with his father who managed the Expos at the time.

Upon finishing his bachelor’s degree, Jerry Lorenzo moved to Los Angeles where he attended Loyola Marymount University while working as a sales associate at Diesel. At the time, Lorenzo believed he was going to be a sports agent after working for the L.A. Dodgers and a Chicago-based sports agency called CSMG.

In 2008, Lorenzo moved back to Los Angeles and began throwing parties called JL Nights, where on any given night the likes of Virgil Abloh, Pusha-T, and Kid Cudi were in attendance. However, it was not his fashion-filled parties that struck his interest in creating his own brand. That same year, he began managing Dodger all-star Matt Kemp and began not only working with the athlete on marketing but on styling for brand endorsements and his overall image. Upon realizing the styles he desired were not readily available, Lorenzo designed them. Then, Fear of God was born.

In the City of Angels, The Fear of God Designer Finds His Beach and Focuses on Family and Friends While Building his Empire

His first design was an unrefined version of what is now a classic Fear of God style, a short-sleeve hoodie with side zippers. Before the official Fear of God debut, celebrities including Big Sean, Kanye West, and Justin Bieber flocked to Lorenzo’s’ designs and created hype for a collection that wasn’t even released yet. Then in 2013, Lorenzo released his first season, a 12-piece collection that ranged from the side zip hoodie to a drapey long sleeve tee reminiscent of Rick Owens’ designs.

From then on, Lorenzo became one of the most sought after designers. He was recruited by West to design his Donda merch, as well as the iconic Yeezus tour merch, Yeezy Season.

Since Fear of God was unveiled, Lorenzo has dropped six collections the most recent features a short film starring Jared Leto encompassing hundreds of designs that live within the streetwear and luxury ethos. Although his collections have developed a cult-like following, the hype behind his designs for Nike are unrivaled.

In 2018, Lorenzo dropped his first collection as a sneaker designer for the Fear of God X Nike collaboration. The collection included both clothing and sneakers, and referenced vintage Nike basketball uniforms, referencing design elements like dropped armholes in the jerseys and short, but loose, shorts. The sneakers—the Nike Air Fear of God 1 and Nike Air Fear of God SA were classic styles like the Huarache Light brought into the future.

The Nike Air Fear of God 1 features a double-stacked Zoom Air cushion in the heel, a cage inspired by the Huarache Light, and Nike’s iconic swoosh. Since the first iteration of the shoe, it has been offered in myriad colorways, including black, light bone, and orange pulse. The Nike Air Fear of God SA has a more minimal design. The silhouette features the same Zoom Bag Air sole, but instead of the cage, the shoe has a Nike swoosh and an ankle strap that can be worn across the front or hang from the back, making it a perfect shoot around sneaker.

Positioning himself in an industry with an endlessly depreciating attention span, Lorenzo’s master plan is already molding the future. Fear of God has been likened to the fantastical world of Spike Jonze’s 2013 Her, (according to his friend and fellow streetwear head, John Mayer), and Lorenzo’s meticulously distressed denim formed Kanye’s most memorable Met Gala look (accessorized with crystal blue contacts for the 2016 theme, “Manus x Machina: Fashion in an Age of Technology”).

It was working with Kanye on his first Yeezy Season that launched Lorenzo’s career, followed by a collaboration with stylist Karla Welch on Justin Beiber’s Purpose tour. But it’s his own personal resolve that has sustained him. The transition from his role as a self-taught stylist to the man behind one of the most covetable new American brands came with several obstacles and without the aid of any investors but Lorenzo’s vision to achieve long-haul longevity is taking shape.

Just as Ralph Lauren made his start as a tie-salesman, steadily becoming one of the biggest names in fashion by offering the essentials of everyday menswear, Jerry Lorenzo hopes to turn all of this hype into his heritage.

Lorenzo’s vision has turned out to be more than just streetwear; it’s American sportswear reenvisioned.