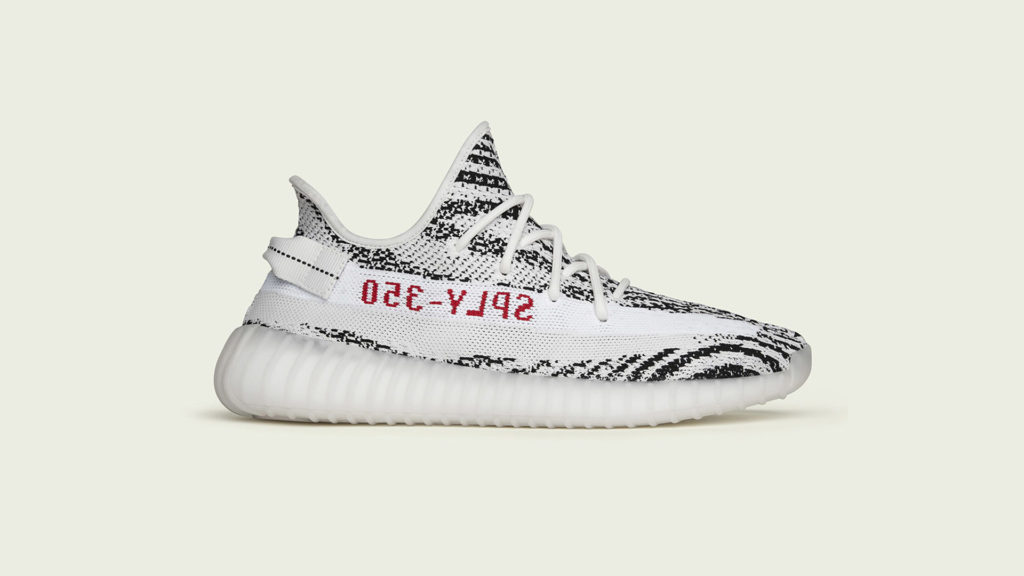 In a previous post uploaded to @theyeezymafia Twitter page, it has been confirmed that the sought-after YEEZY Boost 350 V2 ‘Zebra’ will be re-releasing on June 24th.
It was reported that the ‘Dark Green’ YEEZY Boost 350 V2 was meant to release on that day, yet according to updates, it would appear its launch had been bumped to an unspecified time.

I bought them from First Boutique after entering the raffle. This is the only shop that sells the Yeezy’s, amen for that or else we would of never got a chance to be apart of the Yeezy family. The shop is located in a very good location close to my house so it was perfect for me. I went early enough to not have to stand in the huge
queue of sneaker-heads waiting for there chance.

The raffle was on Friday 23rd of June from 5PM – 7PM  and the process was to simply fill in the registration form with ID authentication as there was a 1 per person limit. Winners were contacted by phone on the morning of Saturday 24th of June and were invited to the store to purchase their pair. I was so excited that i forgot my wallet at home so i had to drive back, fortunately it was a 5 minute drive.

I ordered a mens UK 7.5 and they were true to size. I like them to be snug fit so if you do, i would suggest to order them in your size. If you have any friends that own a pair i suggest you try them on and get a good feeling of what suits you best. The good thing is that it comes with a removable sole, which you can remove and give some extra space inside the shoe. I didn’t need to remove them as they fit perfectly. By the way ive noticed that i wear a size 7 in the Nike shoes i own, so make sure to have that in mind also when coming to decide what size to go for.

As the name would suggest, this shoe puts emphasis on a cool blend of white and black. It looks especially good in a swirling pattern against the Primeknit upper. Staying true to the classic Boost 350 V2 style, that signature stripe is stamped across the side. On this pair, it remains clean in a bright shade of white.The vibrant addition of red hits the ‘SPLY-350’ and adds a playful look to this exclusive aesthetic. As with earlier models, a heel tab features to the rear and let’s not forget about that Boost mid-sole underfoot. This is also the first ever Yeezy to feature a translucent white mid-sole. 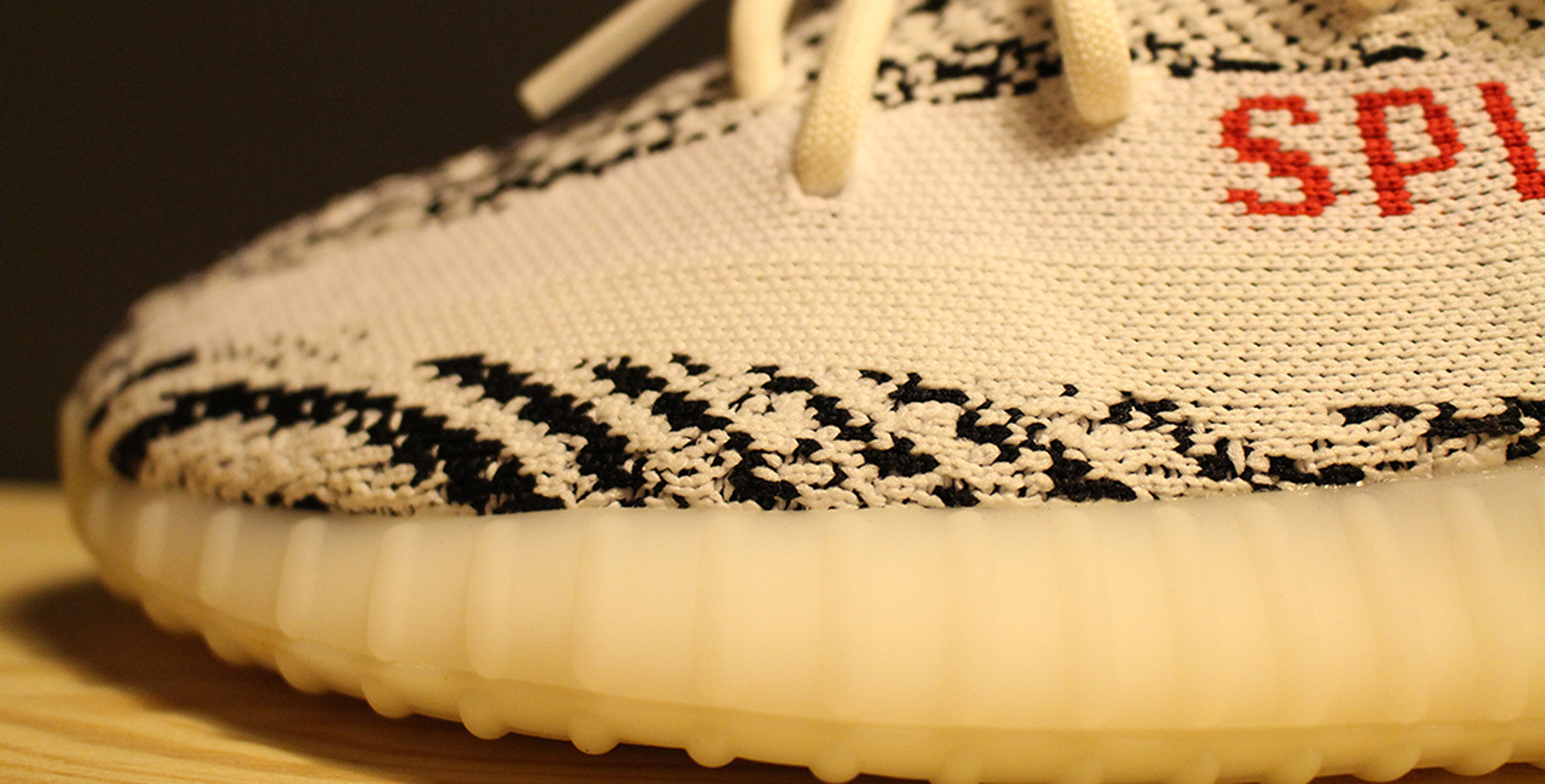 As far as quality goes, there were no loose threads, or any messy glue. You know sometimes you pay £150 for a pair of shoes and there’s glue around the sole and on the material, not very nice when you buy something new and it looks like it melted inside the box. The shoes have no shoe tree’s included just a paper wrap filling and also divided with the same type of paper. They come in a brown simple box with some branding letters in black, with a slide out structure. 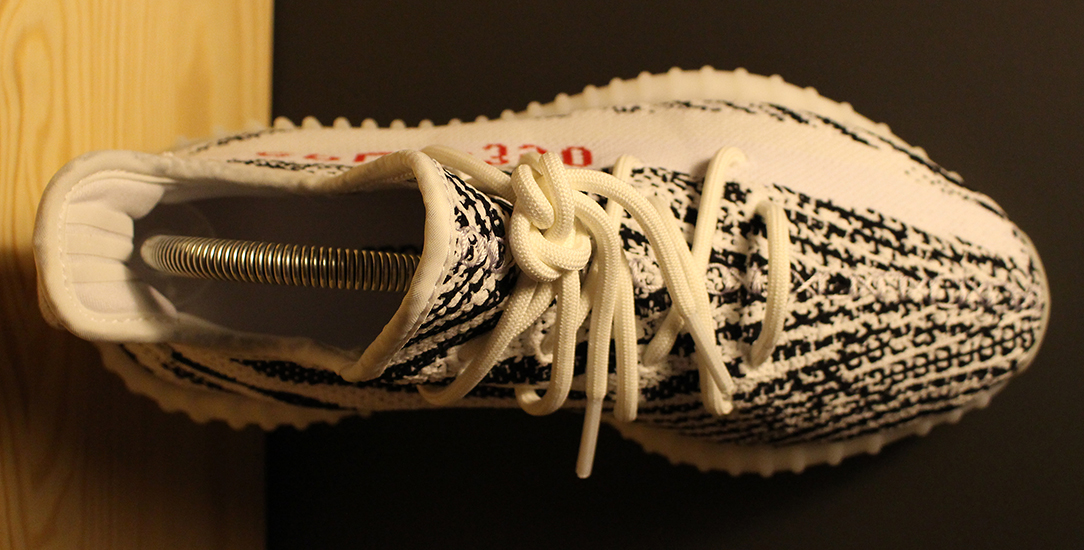 Let me know what do you think? Are you a YEEZY’er or a UltraBoost’er? Also what is your favourite YEEZY colorway?